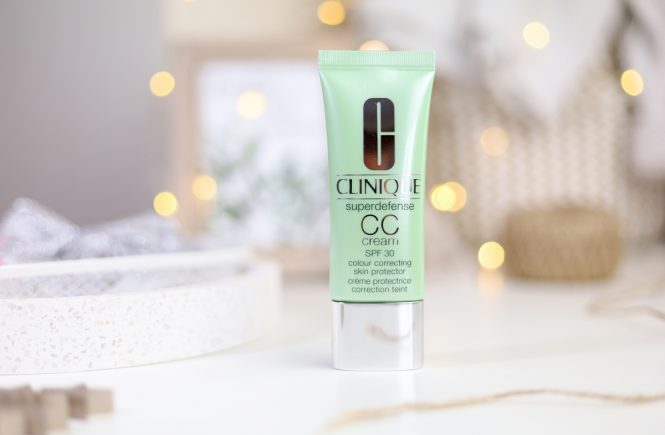 Choosing gifts is one of my favorite activities during this pre-Christmas time and I am always full of ideas. What to choose as a gift for your loved ones? If you need some ideas for Christmas presents, you’re in the right place.

The ideal gift any woman would like to receive is a good foundation or a good face cream. Here I have to suggest Clinique Superdefense CC Cream with SPF 30, a great product for everyday use. It has a medium coverage, protects the skin from sunlight and evens out the complexion.

The best thing about this CC cream is that it doesn’t highlight the dry parts at all but gives it extra moisture. It covers some redness and irregularities, but it will not cover a lot of redness or inflamed acne. It provides hydration and the skin simply looks fresh and healthy for hours after application.

For myself, I chose the shade 02 Light, which blends perfectly with my complexion and looks really nice on my face. It has a very thick texture so I prefer to apply it with clean fingers, in the end, I just blend it a little with a sponge or brush. 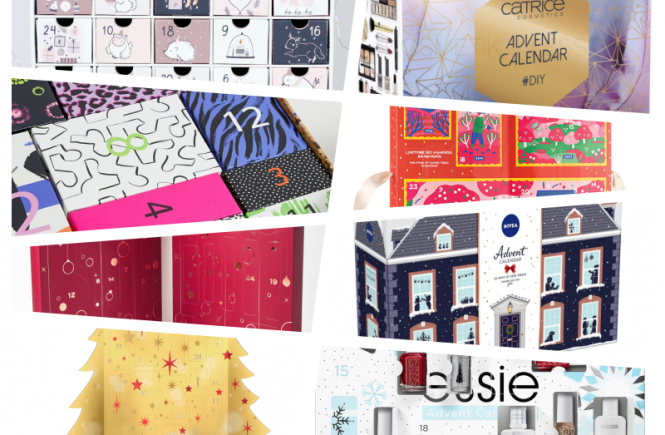 I did a little research on the beauty Advent calendars and decided to make a list of those calendars that are worth buying this year. I sorted them by price, and under each calendar you can see where to buy it and what type of calendar it is.

Of course, this is not mandatory at all, it’s just a help in choosing if you want to get some cosmetics Advent calendar. After all, most of these calendars have quite high prices, so before buying I would recommend you take a look at the contents of your desired calendar. Explore the content you might get and see if you would like that content. You can re gift something and it’s great that you can that can find full size products in a lot of advent calendars.

I’ve done a lot of research on this topic, watched a few unboxing videos, and I think these calendars are worth to look at. This list has something for everyone: a calendar for makeup lovers, a calendar for lovers of creams and body products, a combination of makeup and skincare, and a calendar with nail polishes. 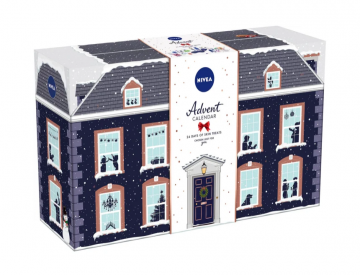 Where to buy: Notino, Amazon 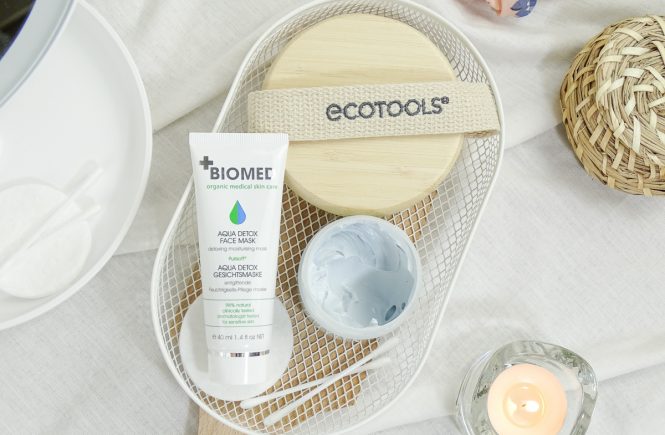 What do you do when you want to relax? I put on a face mask, light some candles and shut down all of my social media. It has become a fulfilling ritual for me and I feel better afterwards every time. Everyone has a different way of relaxing, and I’ll show you mine today.

With the arrival of the winter months when the weather is gloomy and cold, inspiration and creativity sometimes disappear. Then I like to do something for myself, take an hour for myself, an hour without pressure and stress. I light one or two candles and enjoy the scent. There is something soothing about watching a candle burn. 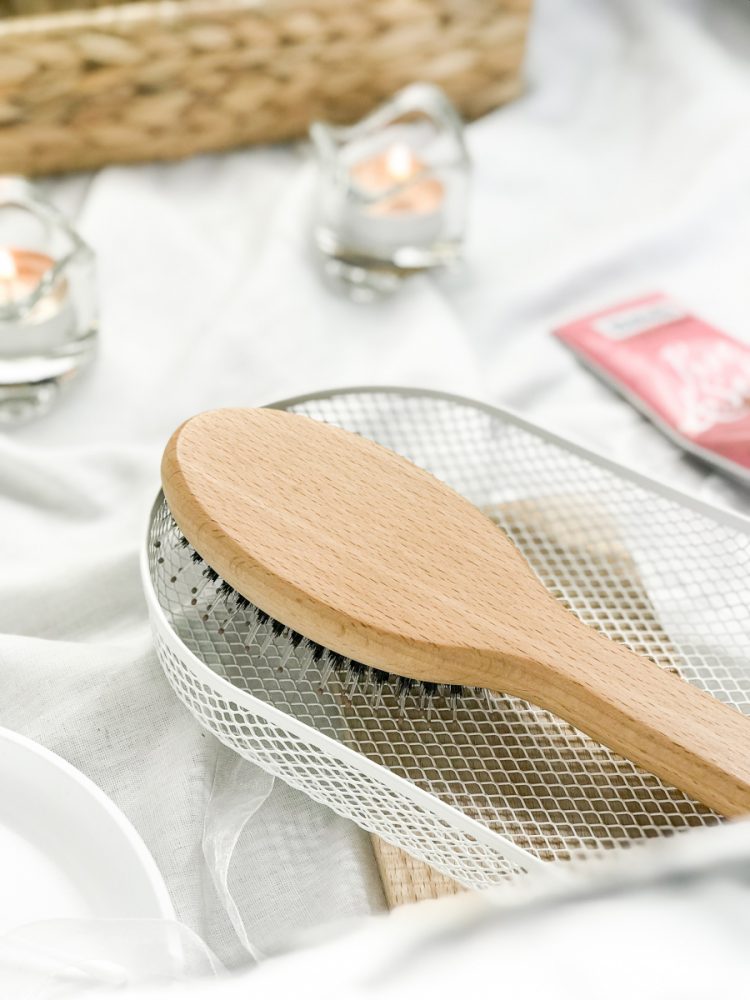 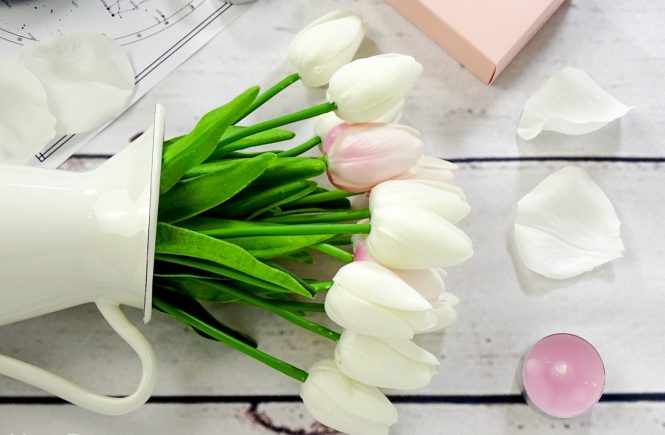 Recently on Instagram I began to share how I’m styling my photos and where the inspiration is coming from. I do not own a studio and expensive equipment, with a little imagination and creativity I made my own home studio in which I love to spend my time.

I have always admired bloggers with beautiful photos and one day I just decided that I would try and learn how to achieve that. I realized that not all people on this planet have their house decorated by Instagram standards and I decided to find a solution for all of my problems. I’ll give you some basic things that could inspire you or help you look a little differently in styling the environment where you’re taking pictures.

Most of the time, I follow the rule of thirds and I try not to “cut off” essential details from the photos. The object is in the middle, depending on the background and if it looks good that way. So if I have this clock in the focus, I do not want to cut out one part of the clock, I want to make sure the whole watch is in the focus. If the focus was on the lip balm next to it, then the part of the clock could freely be cut out to give the lip balm more attention. I love to make a visual frame on the photos, like with these petals. It seems to me that it gives the pictures some playfulness and spontaneity.

How I stopped buying cosmetics and clothes 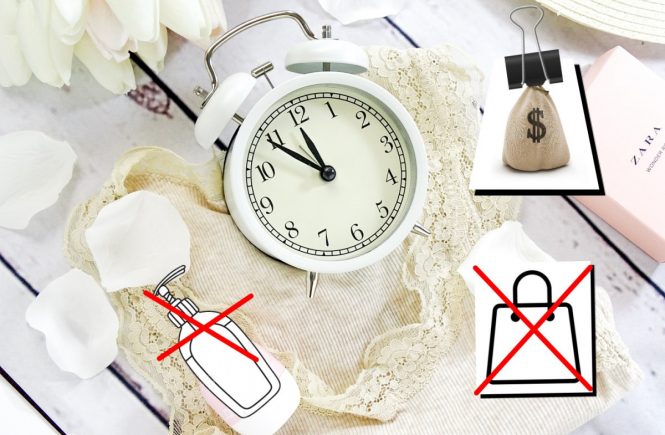 I am a person who likes to try out different products, replace old products with new ones and ultimately – I would not have anything to write here if I don’t do that. In the past year I’ve been trying to be more moderate in buying everything, not just cosmetics and clothing. I do not want to accumulate products that never see the light of day and spend money on products that I do not get use of.

It happened to me a hundred times where I bought cotton pads because I thought I used it all and then I found that I had an unopened package at home. It started irritating me because I did not even get to know what I had in stock and then bought it accordingly. I could not go to the drugstore for one thing and not to come back with four more unnecessary things.

I started asking myself questions “Do I need this” or “when will I use this”. I started thinking rationally and making lists for everything I could buy. Really, who needs four white T-shirts that look the same? Do you really need that red nail polish you look at on the shelf at the store, and last time you wearing a red nail polish was ten years ago? You want to buy a black leather skirt, and you have never worn skirts and it is a great possibility that you will not even wear this one? 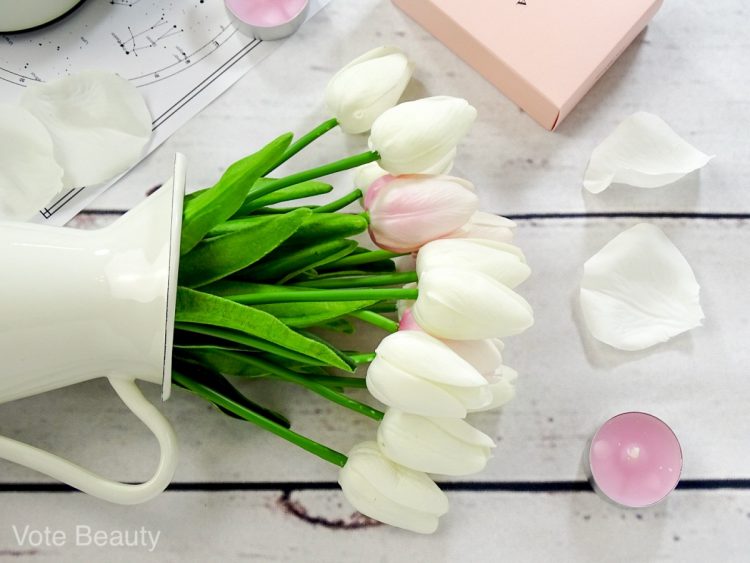 When you start thinking logically, you can save a lot of money. I always bought nail polishes before and I never used it. Buying would be justified by “so maybe I will need it one day”. Do not misunderstand me and think that I have a bunch of products packed in closets as some American YouTubers. Not nearly.

My struggle with dandruff 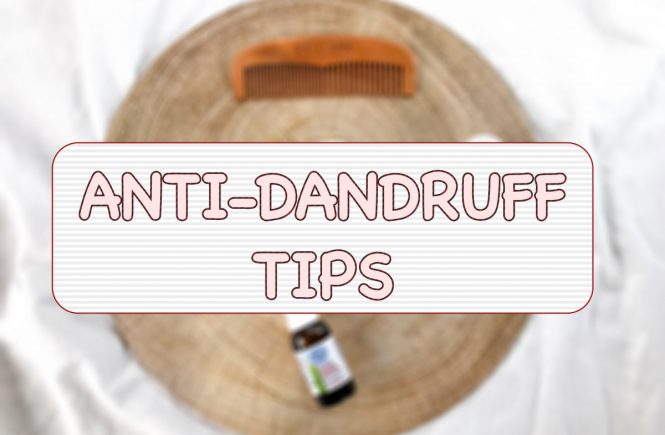 For years I have had no problems with dandruff, but in the last couple of months, it’s become a problem. It seems to me that dandruff has become a taboo topic and that people, especially girls, are avoiding to talk about. My fight with dandruff still lasts and I hope to help one of you with some of my tips.

About a year ago, I noticed the occurrence of dandruff. At that time I was recovering from a tonsillectomy and my immunity was very weak. I could not eat properly so I could not bring into my own organism healthy foods that contribute to healthy and shiny hair. My hair ruthlessly fallen out because of all the antibiotics I had and I believe that antibiotics are to blame for today’s condition.

That time I was lucky, I put henna on my hair and all of the problems disappeared from my scalp. Henna is an organic color, naturally purifies and strengthens the hair and strengthens the root of hair. My hair is rejuvenated after each use of the henna, it has a healthy shine and it grows faster. I put the henna on my hair about 2-3 times a year, I do not need to use it more often because I do not have gray hair. A month or two ago I put on the henna and I thought that would solve my problem with the dandruff again, but it did not.

At the time of the appearance of dandruff, I decided to reduce the amount of products to a minimum and thus eliminate the potential producers of dandruff. I can not say that a certain product is guilty of charge, but I can say that an often use of aggressive shampoos has contributed a lot. I managed to reduce the oil secretion, which is what anyone with oily hair wants, instead I have contributed to drying the scalp and causing the dandruff. I have to say that my hair despite everything is still in very good condition and it looks really nice. It grows very fast and looks healthy. 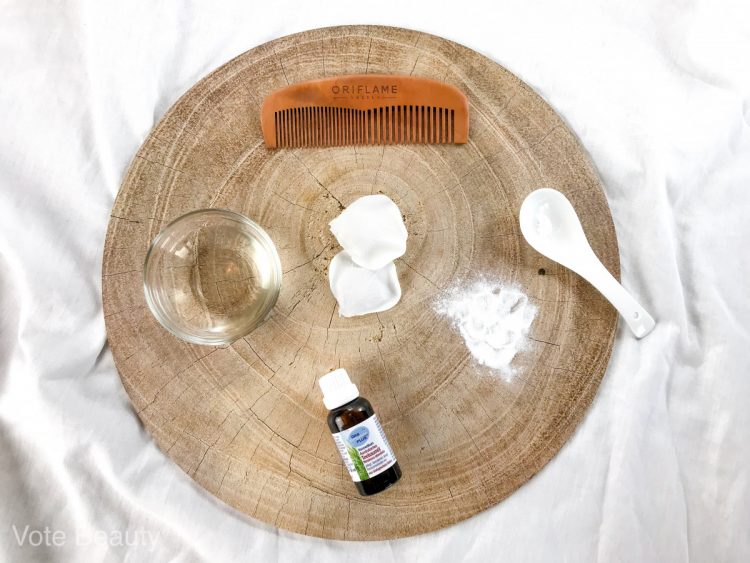 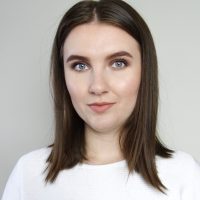 A journalist in love with photography and cosmetics.